Finding the right size model train set can be a tricky process. With loads of different sizes to choose from it’s easy to lose sight of which ones are most suited to your vision for your own setup. The two most popular–HO and O scale–are often mistaken for being one and the same even though there are drastic differences between them. So, which one is bigger, HO or O?

If you’re curious about model trains and their sizes, this is the place to be. In our guide below, we will take a deep dive into the differences between O and HO trains. We’ll discuss the sizes of each along with facts about them relevant to those who are looking to get into model railroads. Additionally, we’ll discuss implications like which ones tend to be more popular and why. 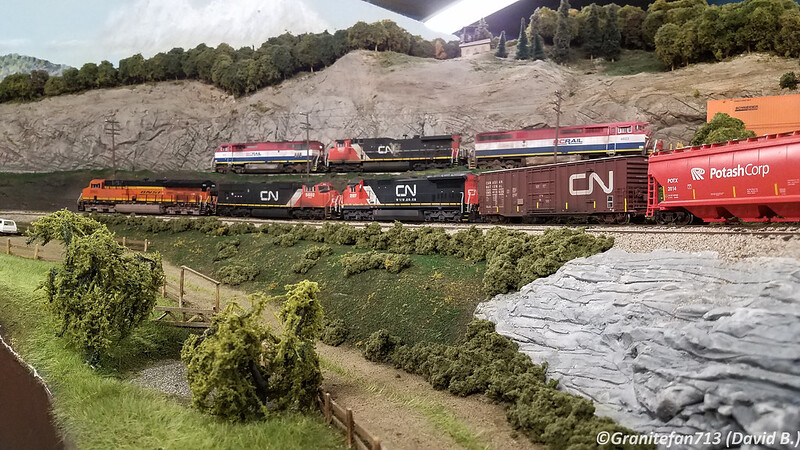 What’s the Difference Between O and HO Scale Train Sets?

So what exactly is it that distinguishes O scale trains from their HO counterparts? Is it just their size or are there more differences that need to be taken into account?

Below, we’ve broken down each of the major differences between O scale and HO scale model trains so you can decide which is right for your setup:

As you can see, there are more differences between HO and O scale train sets than just their size. You’re going to need a different set of rails and very likely a different power supply as well. Of course, when you create additional pieces to make your setting look right, they will be different sizes as well.

What’s the Size of an HO Scale Train?

We’ve talked about how HO scale trains are smaller than their O counterparts but as of yet we haven’t really gone over what their exact sizes are. So let’s start with HO. What’s the size of the average HO scale train?

HO scale trains have a ratio of 1:87 when compared with the real thing. This essentially means that if you lined up 87 HO trains their collective size would be roughly the same as the real deal.

When it comes to the exact proportions you can expect from your HO scale train, they may vary but do come around to an average. Most HO scale trains are going to have locomotives that are 56 mm tall and about 35 mm wide. Meanwhile their train cars will be somewhere between 140 mm and 75 mm long. 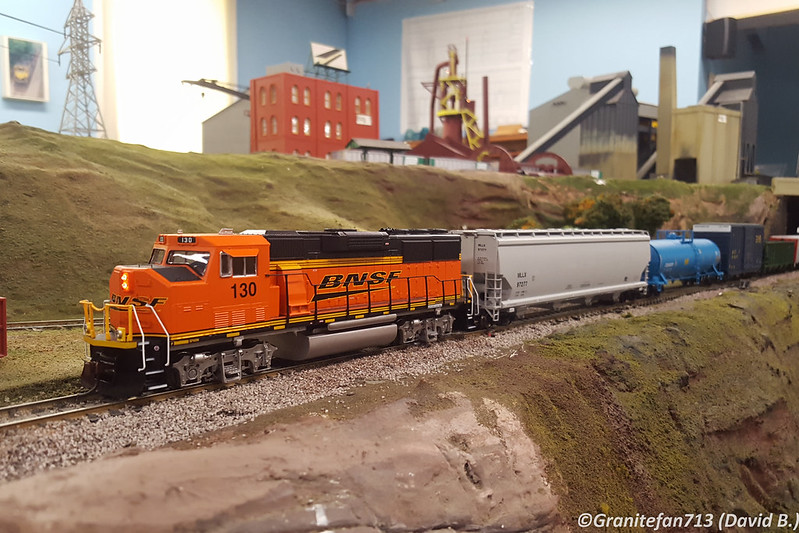 Another important component of your model train set is the tracks themselves. Like the train’s scale they also have designations for their size. In this case, that designation would be HO gauge. So what’s the size of HO gauge tracks?

The rails on HO tracks are about 16.5 mm apart. This is actually the same width that OO scale train tracks are as well, making them cross compatible.

What’s the Size of an O Scale Train?

Now let’s turn our attention to the larger of the two scales we’re taking a look at. If an HO scale train set has a ratio of 1:87 when compared with the real thing, what ratio does an O scale train–that’s meant to be roughly double the size–have?

O scale trains have an average ratio of 1:48 when comparing them to the real thing. That said, it’s important to note that they can have a ratio that dips down as low as 1:43 in some cases and aren’t all exactly the same size.

An important caveat here is that depending on the company you buy from, you can find trains that are labeled O scale but are way outside the normal ratio. For example, the company Lionel has marketed trains as O scale even though they had ratios like 1:64 or 1:55.

While the ratio of these “O scale” trains falls far away from the average, they still run on tracks with the same gauge as other O scale sets. So if you see a set like this, just know that while it might not be the typical size, it should still be able to run on the same tracks.

If O scale train sets are larger than HO it stands to reason that they would need wider rails as well. So what exactly is the average size of O gauge tracks?

The rails on O gauge tracks are about 30 to 33 mm apart from one another. Like the scale, this is roughly, though not exactly, double the size (in width) of HO gauge tracks.

Do O and HO Scale Sets Require the Same Voltage?

To get your train actually moving you are going to need a power supply with the appropriate voltage. Still, depending on what scale set you have you may need a different amount.

O scale sets require more voltage than HO scale sets. This is, of course, in large part because they have more material that needs moving.

What Voltage Does HO Scale Typically Run On?

While one can pretty much guess that HO scale sets–being the smaller of the two–will require less voltage, that doesn’t tell us exactly how much less. So, what voltage does an HO scale train typically run on?

HO scale model trains tend to run on about 16 volts of electricity. This is great because it’s really not a whole lot considering what you get out of it.

What Voltage Does O Scale Typically Run On?

Turning our attention towards the larger O scale sets, let’s take a look at what exactly they run on.

O scale trains tend to run on about 18 volts of electricity. While that may not seem like a significant difference compared to HO, it really adds up over time.

Which is More Popular: HO Scale or O?

It’s no secret that HO and O scale train sets are two of–if not the–most popular sizes available on the market. Still, if we put them head to head, which one comes out on top as the more popular scale for model trains?

Below we’ll dive into exactly why HO scale trains have become and remained so popular for so many years, despite being smaller than their O scale competition.

Why is HO Scale So Popular?

So now that we know HO scale trains are the most popular available on the market we are left with one question. Why? Why have HO scale trains become and remained so popular over the years?

Below we’ve broken down four of the biggest reasons why HO scale has been and remains more popular than O scale or any others:

All of this is not to say that O scale trains aren’t popular, just that for a variety of reasons they have been surpassed by HO. That said, other scales like OO or N are growing in popularity and may one day overtake HO if people’s preferences evolve and change. Regardless, you should pick the scale that best accommodates your needs rather than going with the most popular.

How Do Other Scales Compare to O and HO?

While O and HO scale sets are some of the most popular out there, they aren’t the only ones available.

Below we’ve broken down the scale and gauges of the other major train scales and how they compare to O and HO:

There are pros and cons to each of these scales and no one can really claim to be the best. For example Z scale will save you the most space but it will be harder to put in those fine details. G scale on the other hand, has plenty of room for detail but it is a really space taker.

So Really, Which is Bigger: HO or O Scale?

At the end of the day, O scale is roughly–though not exactly–double the size of HO scale, making it the larger of the two. This is because HO scale trains tend to sit at a ratio of 1:87 when compared with actual trains. Conversely, O scale train sets have a ratio somewhere between 1:43 and 1:48.

A good argument can be made for preferring either one over the other. Now that you know all about the differences in their sizes and the basics of how their set ups operate, which one looks more appealing to you?